I took a good amount of time over my spring recess to get back into the swing of things with Obsoleet. Let’s go over what’s been going on.

Since I’m now shooting in high definition and aiming for a 720p release size, I’ve decided to create a new introduction sequence. Nothing too special, just a montage of various shots of tech doing awesome things. Moonlit has also gone ahead (or maybe I badgered him a little) to create a remix of the theme song to go along with the new introduction. I wrapped this up last week.

The season premier will have two main segments: one involving Commodore floppies, and another with a Raspberry Pi. Hopefully that whets your appetite a bit. Both of them involve filming as well as screen capture of some sort or another, so there’s a little more complexity with pulling them off. The first segment has been completely filmed, while the second segment has about 1/3 completed. The other 2/3 shouldn’t take much longer.

Additionally, I will need to do the beginning, end, and transition bits (which should go quickly) and I also want to record a little skit as an opener. Nothing to major there. After dumping all of the footage, it will probably just be a few hours of editing if the software behaves. As for the filming itself, things are going pretty smoothly and I’ve been getting much better at lighting shots.

It’s been a long time coming, but we’re getting close to an episode. Here are a few stills as my way of saying thanks for hanging in there. 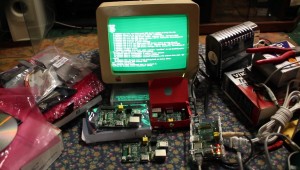 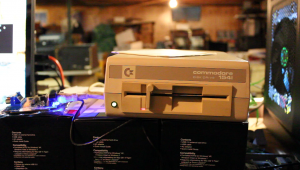 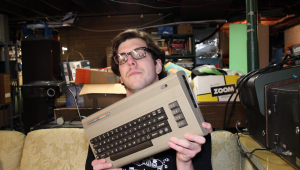 Also, last Friday I was a guest on the Pubcast Podcast (I did end up talking about the upcoming episode for a bit) so feel free to check that out if you get a chance. Ultimately, I hope to wrap up filming fairly soon and get started on the next episode.